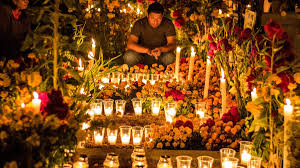 Dia de los Muerrtos, Oaxaca
Like the first crocus of spring, Mexico's Dia de los Muertos, cautiously poked its head from the virtual world of 2020.   Many big celebrations such as Mexico City's Parade were back full force.  In other places such as Oaxaca and Patzcuaro some caps on celebration were in place. For instance, in Oaxaca the beautiful and moving observations in cemeteries were allowed.  The comparsas, the massive parades led by groups of musicians and singers, were not permitted.  Celebrations in Patzcuaro were not open to the masses of photographers and tourists who normally flock there. 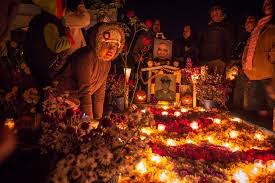 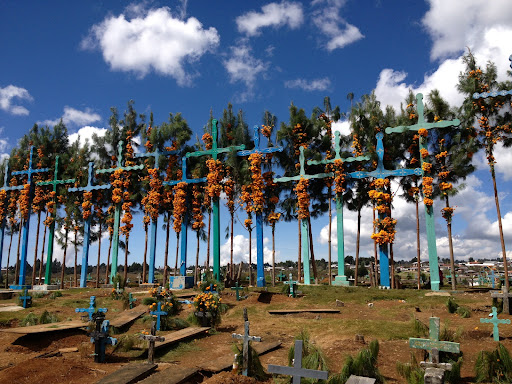 Dia de los Muertos, Chiapas
For those of you who are new to this phenomenally beautiful way of reckoning with death
please follow the link below for my introduction to Dia de los Muertos observations throughout Mexico.
https://colonialmexicoinsideandout.blogspot.com/2017/10/a-dia-de-los-muertos-odyssey.html
Posted by Marina Hayman Ph.D. at 6:24 AM