Everyone in the US seems to have been more than ready for Halloween for quite a while.  Although Dia de los Muertos, the Days of the Dead, in Mexico and other Latin American countries are technically November 1 and 2, the holiday has extended itself to incorporate Halloween complete with trick or treating the night of October 31.


Dia de los Muertos is one of the most dramatic and beautiful times in Latin America and I am re-posting a number of pieces and videos I have done over the past few years as an opportunity for those who have not seen them to see the poignant beauty of this holiday.

This video that I shot in San Juan Chamula is one of a kind, since videos are not normally permitted in this locale :https://youtu.be/Vg_1bTFIi1g.  A second video shot in the cemetery of Cristobal de las Casas Chiapas shows a typical celebration of the day in the city's Pantéon:
https://youtu.be/np9YteLYljE. A third took place in the magnificent cemetery of Romerillo Chiapas:  https://youtu.be/t0djWi91TKs

Personally, I can never get enough of this dramatic holiday and, of course, when I return from Mexico in November will be writing about it, once again.
Posted by Marina Hayman Ph.D. at 9:03 AM No comments: 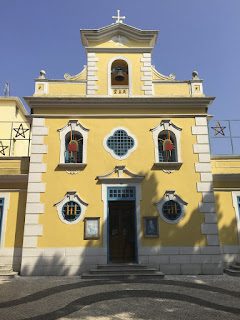