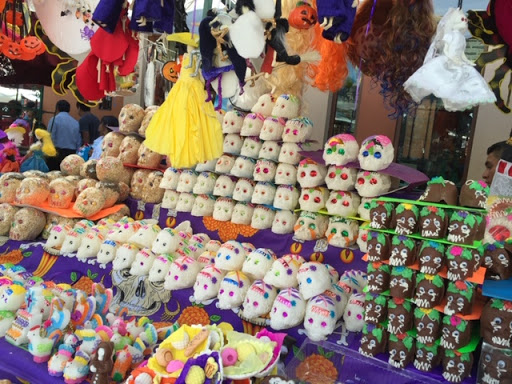 Market selling items for ofrendas, Oaxaca MX
Dia de los Muertos is a Mexican icon.  The official dates are November 1 and 2, although preparations for the holiday begin earlier in October and in some places, there are observances as late as November 4 or 5. Often, influenced by Halloween, on October 31, people costume and parade publicly and children beg for money and candy.
The holiday is a blend of pre-hispanic and Roman Catholic beliefs and customs.   Dia de los Muertos is a time when the curtain between the worlds of the living and the dead opens and dead relatives can return to spend time with the living loved ones they left behind. This year, Dia de los Muertos will have a special importance, in view Covid-19 pandemic and the huge number of deaths in Mexico,  As of this writing, over 86,000 people have died from the disease in Mexico.
If Mexico ever needed the comfort that Dia de los Muertos can bring to the bereaved, it is now.Yet, there will be many constraints on observance of the holiday and the normal rituals because of the pandemic.

Typically, there are three levels of observance of Dia de los Muertos in Mexico.  In the home, altars (ofrendas) are made for the dead, with the foods enjoyed by the deceased.  There are also more ofrendas in places like businesses, churches and other public venues. 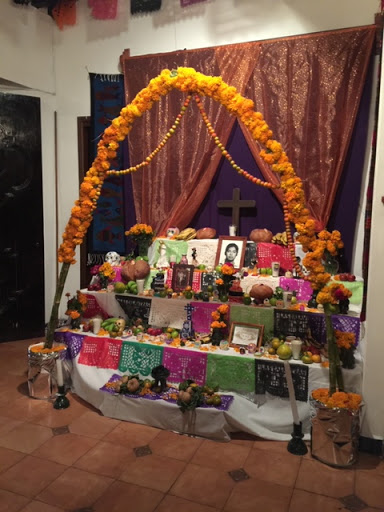 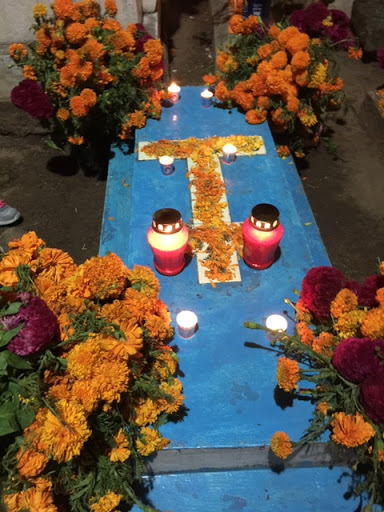 Then, there is the custom of beautifully decorating graves with traditional flowers such as marigolds, foods and candles.  Families gather in cemeteries to decorate the graves and spend time remembering and mourning the deceased.

The most beautiful observances of Dia de los Muertos are found in the cemeteries, or pantéons, in Spanish.  Oaxaca is famous for beautiful and moving night-time Dia de los Muertos celebrations.  In these photos, families gathering to grieve together, and spend time with deceased members. These cemeteries have become popular tourist attractions. 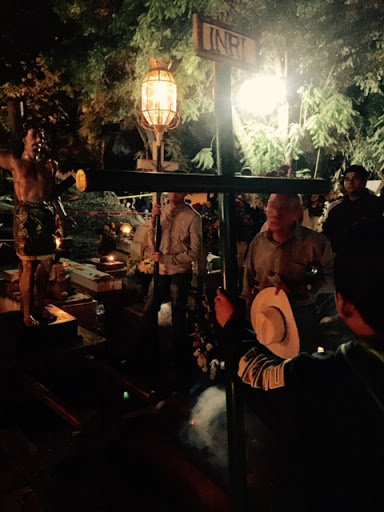 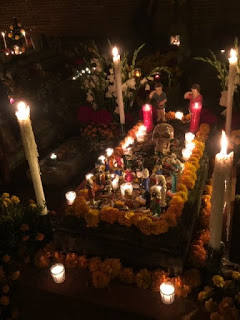 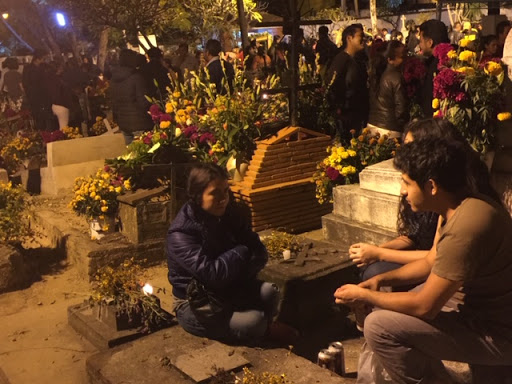 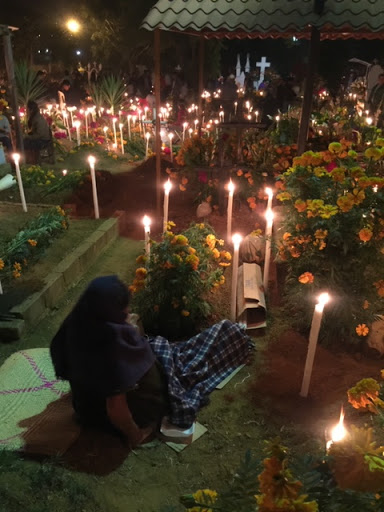 Dia de los Muertos, Oaxaca
Oaxaca has officially cancelled all public Dia de los Muertos events.  https://www.milenio.com/estados/covid-19-oaxaca-cancela-eventos-masivos-muertos
This is a tremendous loss to the Oaxaca's tourism as well as its people.  As you can see in the photos, flowers, marigolds in particular, play an important role in decorating for Dia de los Muertos; sales of these flowers are down 50% this year in Mexico.  There is no online information about any virtual activities as there are in other places such as Mexico City.

Will Public Observances of Dia de los Muertos be allowed?

The Mexican government has come up with measures to try and deal with this difficult situation. In many places, cemeteries will simply be locked November 1 and 2 to prevent the traditional gatherings. In Mexico City, the cemeteries will definitely be closed.  By some reports,  authorities have decided is to make decisions about cemeteries closures based on the covid situation from area to area.  Where the pandemic is more under control, cemeteries will be allowed to open with strict health measures in place.  In other places, with a higher active covid case count such as Mexico City cemeteries will remain closed. Since the covid situation in Mexico is fluid, some decisions likely won't be made until closer to the holiday.  If you read Spanish, here is article describing the details:  https://www.infobae.com/america/mexico/2020/10/14/como-sera-la-visita-a-los-panteones-durante-dia-de-muertos-este-ano-de-pandemia/

In some places, time-honored traditions are being adapted to the needs of the pandemic, as in this Dia de los Muertos candy market in Toluca MX.  https://mexiconewsdaily.com/news/covid-19-not-enough-to-stop-annual-day-of-the-dead-candy-fair/

Mexico City has adapted a number of it's traditional Dia de los Muertos events in inventive ways. https://mexiconewsdaily.com/news/day-of-the-dead-events-adapted-for-the-pandemic/ One event, its parade, will be purely virtual, but other events will be held but include safety measures like social distancing and reservations.

A contact in Chiapas has told me that most celebrations will be private and that most of the cemeteries will remain closed except in very small towns.

Often, on the holiday,  people being painted  to resemble skeletons (Catarinas).  There is a long tradition of doing this and one Mexican artist who specializes in this activity plans to keep the tradition this year with some modifications. https://mexiconewsdaily.com/mexicolife/artist-wont-let-the-virus-stop-her-day-of-the-dead/

In view of the pandemic, many areas are creating virtual celebrations, just as they did with Semana Santa events.

Here is a video of a virtual celebration taking place in the Xochimilco area of Mexico City. https://www.wfla.com/tampa-hoy/e tl-dia-de-muertos-de-mexico-se-adapta-a-la-pandemia/

There are two types of altars created for Dia de los Muertos.  There are those that are made within the home for a family and those that are in public spaces.  This year, in Mexico City there will be no public altars around which crowds would be sure to gather, but altars will be virtual.  https://mexiconewsdaily.com/news/city-invites-citizens-to-submit-day-of-the-dead-altar-photos/

I will be adding information about virtual celebrations as it becomes available.

For a look at traditional Dia de los Muertos celebrations, I invite you to click on this link, which leads to an article showing pre-pandemic celebrations from different areas of Mexico.  https://colonialmexicoinsideandout.blogspot.com/2017/10/a-dia-de-los-muertos-odyssey.html